May 07, 2019
The 1.14 update of Minecraft added a lot of new stuff, and one of the new things is Campfires. In contrast to torches, the Campfires in Minecraft has multiple uses, and in addition to providing you with light, they can also be used to cook meat and create smoke signals! 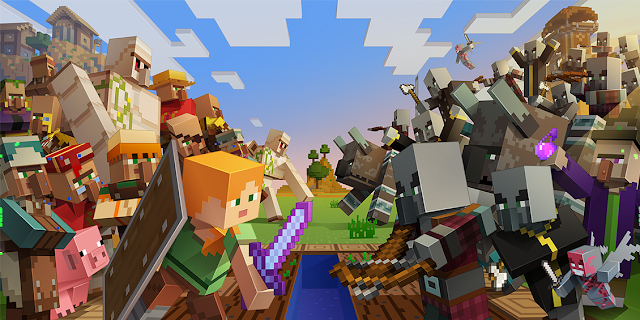 How to craft a Campfire in Minecraft

The first step is obviously to craft the Campfire, and this is very simple. The recipe is just 3x Logs, 3x Sticks and 1x Coal. Just place these materials in the Crafting Table, and you are good to go.

You can now place the Campfire anywhere you want to, both inside or outside. If you want to create a smoke signal, you obviously need to put it outside, since the smoke won't rise if there is a roof above it.

It's also worth noting that the fire from the Campfire will not set fire to anything, so it is safe to place it close to things that would normally catch fire.

How to create a smoke signal on the Campfire

The smoke signals are a good method of showing important areas from far away, for example if you are playing with a friend and want him to see where your base is or something like that. A regular Campfire will have a big smoke column for 10 blocks up from the fire, but it's possible to increase this to 25 columns if you place a Hay Bale underneath the Campfire.

When the smoke signal is 25 blocks high, it can be seen from far away, and can be used without much trouble. This is a nice way of indicating important areas without spending a lot of resources making the spot.

Use the Campfire to cook meat

The Campfire can of course also be used to cook meat, but it does not have an interface like the Furnace got. Instead just put some raw meat in your active inventory slot and place it on the Campfire. This will begin to cook it, and it will be done in 30 seconds. There are four slots on each Campfire, so it's not very efficient if you want to create 20+ Meat, but it's a nice method for just getting rid of a few raw meat. It also does not require any additional fuel after you have built the campfire.

It's also worth keeping in mind that the cooked meat will be dropped on the ground, and you must run over to it to loot it. It will despawn after a while, so you can't just let it stay there indefinitely like you can with the cooked meat from the furnace.