July 31, 2018
The Dark Iron Dwarfs are an unlockable Alliance Allied Race that you can play as if you play a recruitment scenario that recruits them to join the Alliance. They were added in the Battle for Azeroth launch patch, and you will only be able to unlock them if you have a level 120 Alliance character.

Before you can even begin the recruitment scenario, you need to complete the two following requirements:

1) Get Exalted status with the 7th Legion faction

The 7th Legion is a new faction added in Battle for Azeroth, and it is mainly found in Zandalar where most World Quests give reputation with it. It's a lot like the Legion factions, so be prepared to do a lot of World Quests.

Make sure to complete Emissary quests for the 7th Legion whenever they pop up, since these will give you an additional 1,500 reputation.

Some of the quest from the "Ready for War" quest chain will also give reputation with 7th Legion.

The Ready for War quest chain is a huge quest chain that houses over 150 different quests that needs to be completed. These are mostly quests in the different Kul Tiras zones, but you will also need to visit some dungeons along the way. This quest chain is a lot like the Class Order Hall Campaign in Legion, so be prepared to spend a lot of time on completing it.

You begin the Ready for War quest chain shortly after arriving in Kul Tiras, and can pick up the first quest once you have completed the story for your first zone.

Since it will take a long time to get Exalted with the 7th Legion anyway, there's no need to rush the Ready for War quest chain unless you want to. Most people prefer to do some of the quest while they level up, since this will allow you to hit level 120 faster, but it's not like it's this part of the requirements that will hold you back anyway.

When you have completed the two requirements above (each will award an achievement), you can head over to Stormwind to begin the actual recruitment scenario. This is not all that long to complete, and it will show you the story of how and why the Dark Iron Dwarfs are joining the Alliance as an Allied Race. 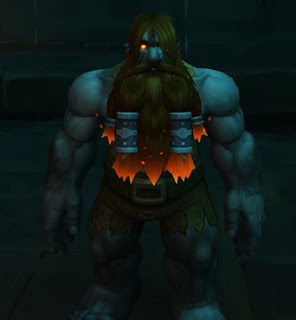