How to get the Underrot Crawg mount (World of Warcraft)

July 29, 2018
The Underrot Crawg is a mount added with the Battle for Azeroth expansion pack, and can be used by both Horde and Alliance characters. It will be unlocked by using the item Underrot Crawg Harness, which is a boss drop from Unbound Abomination in the Underrot 5-man dungeon.

The Underrot Crawg Harness will only drop on Mythic version difficult, so you cannot farm this daily like the instance mount drops in the past expansion packs. The key level does not matter, as long as it's on Mythic difficulty.

The Unbound Abomination is the last of the four bosses found in the Underrot.


You only have one shot at it per week, and no one currently knows the drop rate. It will most likely be around 1 %, so it is probably going to be a very rare mount to see.

The mount also has a chance to be found in Challenger's Cache, which is the weekly cache you get from completing a Mythic dungeon. 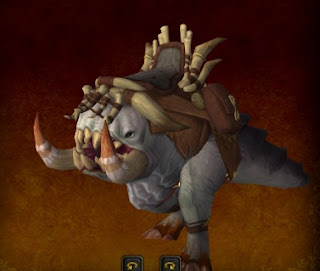