theHunter: Call of the Wild is regarded as one of the best hunting games in the current generation, but like a lot of simulator games the learning curve can be very steep. Many new players have trouble with tracking down and killing animals in the game, but to make things easier for yourself, you will want to pick the easiest hunting reserve.

There are two hunting reserves that comes with the base game, but there are lots of other reserves that can be bought as bundles or single DLCs. But which reserve is regarded as the very best for new players in theHunter: Call of the Wild?

The overall best hunting reserve for new players in theHunter: Call of the Wild is Layton Lake District. This is one of the two reserves that comes with the base game, but it is considered to be the very best, even when including all the DLC reserves that have been added to the game later.

You will want to focus on small and middle sized game for the first few hours, especially until you can buy a better gun. The best reward for your effort are by hunting white-tailed deer, black-tailed deer and coyotes (only if you see one; don't bother tracking them). Aim for the lungs to get a clean kill.

A good strategy is to hide in bushes around the lakes there while using your binoculars to spot animals. Sneak closer to them until you are confident that you can hit them in the lungs or spine. The lake just north of the first outpost you unlock is pretty good for white-tailed deer and black bears.

There are also plenty of moose in Layton Lake District, but these can be pretty hard to kill with the starter rifle, so you might want to wait until you get a better rifle before you attempt to kill the moose. You could also attempt to kill black bears early on, especially if you manage to get close enough to hit it in the lungs or other vital organs. 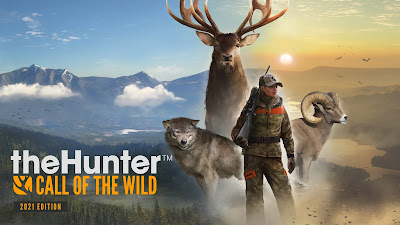 Other reserves that are good for beginners

While Layton Lake District is regarded as the very best reserve for beginners, there are some other viable options that you can try if you don't like Layton or just want to try something different.

Hirschfelden Hunting Reserve is the other reserve that comes packaged with the base game, and can be pretty good for beginners. The problem with this reserve is that there is a lot more vegetation, so the animals tend to be able to hear you long before you are able to spot them. The good part about this reserve are the roe deer - these tend to always come close if you use a roe deer called. With this item you can lie and wait while you call them close to you, and get a clean kill.

I would rate Hirschfelden Hunting Reserve to be more difficult than Layton Lake District, but you can surely get some animals there if you look for one of the open fields and spot a herd of red deer.

The Vurhonga Savanna Reserve could also be a good spot for beginners who are new to theHunter: Call of the Wild. This reserve is a DLC, so you need to buy it seperately. This African reserve has several water spots scattered around the map, and these are all popular with the local wildlife. You can hunt lots of springbok, lesser kudu and gemsbok there with the starter rifle.

There are some good spots to hunt in Silver Ridges Peaks as well, and the plains area of the map is pretty OK for beginners. It can be a bit difficult to sneak up to the animals here since this area has a huge open space with very few hiding spots and spots to break line of sight, but it is very good for players who have a steady hand and feel comfortable shooting animals from 100 + meters.

A final alternative is the Medved-Taiga National Park. This is considered a bit more difficult, but if you find it fun and easy to kill moose, then this map can be rewarding. It has a lot of moose and reindeer that can give you a good chunk of experience and money if you are able to kill them. These are overall considered more difficult to kill than smaller deer, but it should be doable for a beginner if you have the patience to learn where to aim.

All the other reserves are regarded as unfriendly towards new players, and I recomment waiting until you get a little better at hunting or level up a few times before heading towards any of these.

theHunter: Call of the Wild