How to farm the Winterspring Frostsaber mount (World of Warcraft Classic)

May 01, 2019
The Winterspring Frostsaber is one of the coolest mounts you can get in World of Warcraft Classic, but it requires a huge amount of dedication to get your hands on. This mount is sold by a vendor named Rivern Frostwind in Winterspring for 900g base cost, but the hard part about getting it is the fact that you need to be exalted with the Wintersaber Trainers faction.

The faction and subsequently the mount is only available to Alliance players, and there is no Horde equivalent in the game.

You start the journey towards your Winterspring Frostsaber by heading to the northern part of Winterspring and climb up the Frostsaber Rock. There are many stealthed frostsabers in the area, so try not to get dazed. There are no enemies on the rock itself. You will find Rivern Frostwind, the only intractable member of Wintersaber Trainers on the peak, and he will offer the quest you need to grind to any level 60 Alliance players.

Getting exalted with the Wintersaber Trainers

People have always considered getting exalted with the Wintersaber Trainers in WoW Classic or vanilla to be one of the longest, if not the longest grind in the entire game. The short explanation is that this faction gives you three different repeatable quests that you can do as many times as you can, and each turn-in gives you 50 or 75 reputation per quest.

You will likely be focusing on getting all the 42,000 rep you need by doing the 50 rep quests, so all non-humans will need to complete the repeatable quests 840 times, while players who play a human character will only need to do it 764 times due to the fact that they get a 10 % reputation bonus to all turn-ins.

Winterspring map with all the points of interest

Here is a map of Winterspring with all the areas that are relevant when it comes to grinding the Winterspring Frostsaber. 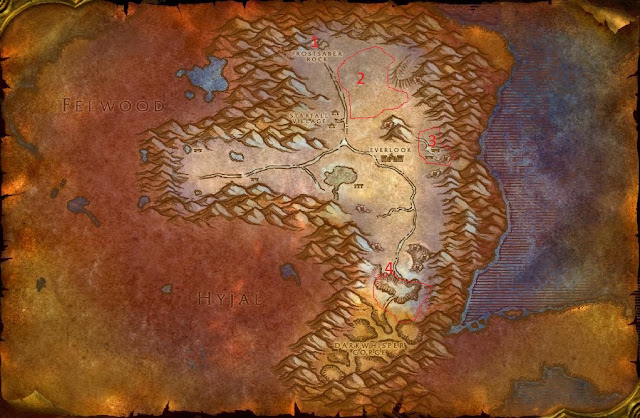 When you first interact with Rivern Frostwind of the Wintersaber Trainers, he will only offer you one of the three quests, and you will have to complete this until you unlock another repeatable quest at 1500/3000 Neutral rep.

The quest items will have about 35 % drop rate from these mobs, so it takes quite a few kills to get all the ten you need in total. You also cannot stockpile them, but must get 5 of each, turn in the quest, re-accept it, then get 5 + 5 new items. Once you have 5 of one of the meats in your inventory, this will stop dropping.

Each completing of the quest takes between 20 and 40 minutes depending on your luck with the drops, and can even take longer if many people are fighting over the same mobs. Each turn in gives you 50 reputation per completion, so this first step of the journey will take 30 turn-ins, which will take about 15 hours if we use 30 minutes as an average completion time. This is not the fastest method to get rep with the Wintersaber Trainers, but as said, it's required for the first part of the grind, and might be a good alternative if the Winterfall Village (needed for the other quest) is too crowded with other farmers.

The Meat will only drop from a single player, so it is recommended to do this part of the reputation grind alone.

After you reach 1500/3000 Neutral, Rivern Frostwind will offer another quest called Winterfall Intrusions. This is generally accepted as the quest that is fastest to complete, so you will be completing this until you hit Exalted.

The Winterfall Intrusion quest requires you to go just east of Everlook in the area called Winterfall Village. Here you need to kill 5x Winterfall Shaman and 5x Winterfall Ursa before heading back up to turn it in. This repeatable quest can and should be completed in a group to make it faster and easier for everyone.

The mobs themselves are not that difficult, but they have a somewhat long respawn time, so you might have to wait a bit to get all the kills you need, especially if there are horde who farm the area for Timbermaw Hold reputation. It sucks being stuck waiting with 9/10 total kills, but that will happen many times during the grind..

Each turn-in will give 50 reputation, and you will need to complete this quest 810 times to get from 1500/3000 neutral to hit Exalted (requires 40 500 reputation in total). Each completion take roughly 15 minutes, so you can complete 4 quests per hour, netting you 200 reputation per hour of grinding. This means that you are looking at spending just over 200 hours farming this quest, and exactly 217.5 hours in total including the first quest - and that's not considering any time spent being unlucky with spawns, getting ganked etc. So it's a crazy grind.

When you hit 0/12000 Honored, a third quest becomes available. This quest is called "Rampaging Giants", and takes you further south to Frostwhisper Gorge to kill 4 x Forstmaul Giant and 4x Frostmaul Preserver. These mobs are elite, so many classes have trouble even killing them, and this quest will probably work best in a group setting.

It takes roughly twice as long to reach Frostwhisper Gorge as it does to reach Winterfall Village, so it's generally not worth going down here, even considering that you have to kill fewer mobs. The only reason to really go down there is if there are many people grinding the furblogs, in which case you might have to wait a long time for them to spawn. If that's the case, it might very well be worth taking a few trips down to Frostwhisper Gorge to kill the giants.

Some tips regarding Timbermaw Hold reputation

You don't strictly need to do this when grinding for the Winterspring Frostsaber, but with a little bit of preparation you can get Exalted with Timbermaw Hold as well. Basically you want to complete the Timbermaw quest chain in Winterspring until you get the quest "Winterfall Activity" which takes place in the same area that you will be grinding for the Winterfall Intrusions repeatable quest.

When the Winterfall Activity quest is done, just grind the Wintersaber Trainers as written above. You will naturally kill a lot of furblogs during this part of the grind, and each kill will give you 10 reputation with the Timbermaw Hold. In addition, 25 % of the furblogs killed will drop an item called Winterfall Spirit Beads. You will need to save this item, because you can turn in 5x Winterfall Spirit Beads for 150 reputation with Timbermaw Hold.

The reason why we want this is because you won't get any reputation from killing mobs after hitting Revered with Timbermaw Hold (except for a few rare mobs), so at this point the only way to get rep is by turning in Winterfall Spirit Beads (or Deadwood Headdress Feather which drops in Felwood).

As long as you save up all the Winterfall Spirit Beads you get by killing the mobs until you hit Revered, you should have no problems getting Exalted with the Timbermaw Hold without any additional hassle.

Getting Exalted with Timbermaw Hold will get you a cool trinket called Defender of the Timbermaw, which summons a furblog to fight besides you. The reward might not be the best, but it's hardly any extra work when you are going to grind for the Winterspring Frostsaber anyway.

Here are a few additional tips to making the grind easier, in no particular order.

- Pick up some mount speed increasing items like the Carrot on a Stick. A lot of your play time will be spent traveling between the Winterfall Village and Frostsaber Rock, so it's worth changing your trinkets to get some extra mount speed while traveling (but change back before attacking mobs again). You can also use Mithril Spurs on your boots and an enchantment on your Gloves for some extra mount speed.

- A great tip for making it much easier to farm the mount is to always play with a group, preferably 4 other people if you can manage to find enough players that are also crazy enough to do the grind. Since the main quest to do is killing mobs, all kills by party members count. However, you will not get credit if you are in a raid. And as mentioned earlier, don't group for the first quest since only one person can loot the meat.

- Find a good podcast or a streamer to watch. This grind takes a mindbogglingly long time to complete, so make sure to set up a second monitor to watch a TV show or a streamer, or find a great podcast to listen to while doing this.

- Some people think that they should do this without an epic mount (in order to save money by not having to buy two epic mounts), but please don't try this. You will be traveling for almost half of the grind, so a regular non-epic mount will slow you down considerably and make the grind much longer!

- You should get some decent gear before beginning. This grind will be very annoying if you play in green or blue gear, and you should aim at getting at least gear from Molten Core or Zul'Gurub to not make it more difficult than it has to be.

Once you hit Exalted, Rivern Frostwind will sell you the mount for 900g, which is a lot of gold in WoW Classic or vanilla. However, the extremely long grind will likely lead you to getting way more gold than that, so that should not be an issue. Just sell any world drop epic you find, all the Runecloth you will pick up from the furblogs etc. and this won't be a problem at all. I actually bought both the Winterspring Frostsaber and two additional epic mounts when I first did this grind in vanilla, but I got pretty lucky with the drops while grinding.

Remember that you can only use the mount on the character you did the grind on, so keep that in mind before you begin.
World of Warcraft Classic