May 05, 2019
Forager is a great indie game that has been inspired by The Legend of Zelda, Stardew Valley and idle games. It's probably one of the best indie games of 2019, but just like many sandbox games, it can feel a bit overwhelming to get into. In this post we will be sharing some of the best beginner's tips for Forager, and hopefully help you get started with the game.

Fish Traps are a great way to get Energy early on, and you can craft them as soon as you get a few Skill Points. When you can craft Fish Traps, make as many as possible and loot them whenever you have the chance. This will give you a steady supply of food to increase your Stamina (Fish and Seaweed), and you will likely get lucky and find a few Anchors which can be sold for 200 Coins each.

You can get the Markets fairly early in the game, and you should create a few of them. Not only can you sell all your items for coins, the Market will also let you buy items. The inventory changes every ten minutes, and you might get lucky and find some awesome things that you would otherwise have to wait a long time to get. This means that if you are lucky and find Bones for sale early, you can upgrade your Tools much earlier than intended and make the early game progress a lot easier. All the Markets have their own inventory, so with 4-5 different Markets, you have a high chance of finding some of the items you need.

3) Bottle up a few Fairies

Just like in games from the Zelda franchise,  fairies that are put in a Bottle will automatically heal you if you should ever die. It's a great idea to capture a few of them in the early game, and if you don't die, you are going to be needing them for crafting later on anyway. To capture a Bottled Fairy, craft a Bottle at the Forge, find a Fairy and left click on it with the Bottle as an active item.

4) Use the Bow instead of your Pickaxe

It seem obvious that you should be using your Pickaxe to destroy thing to gather materials, but don't; the Bow is so much better! Why? Simply because the Bow does about the same amount of damage, but the benefits are that it's ranged, and it does not consume energy! This will save you from having to eat all those Berries early on in the game.

The problem is that you will need arrow though, but there's a workaround; get the Quiver artifact from a random Big Chest to get rid of this problem once and for all. Once you have the Quiver, don't bother using the Pickaxe ever again.

The Dungeons might seem daunting at first, but trust us, they are worth completing. And if you are having trouble, use a guide to make it easier to finish it.

After you get the Shovel, learn what the dig spot looks like, and make sure to always dig in them. These spots have a much higher chance of dropping rare loot, and they can drop Bones and other rare materials at the beginning of the game, potentially allowing you to upgrade your Pickaxe or another tool before you even get to the Graveyard Biome. 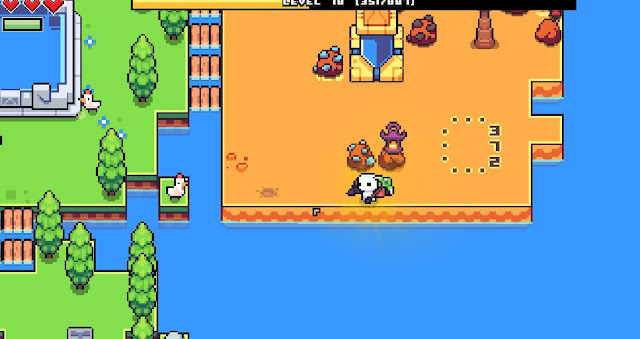 Vaults let you store your items, but the beauty of it is that once you put an item into the Vault, all the future items you loot will be automatically transferred to the Vault. And if you need to use them for crafting, you can even do so without retrieving them! In other words, the Vault acts as a kind of expanded inventory without any real downsides, so get this once you begin to have trouble with managing your inventory.

8) Focus on automating your stuff

In order to be able to automate most of your stuff, you will need skill from the upper-left part of the Skill tree, so it's a great idea to focus on getting to the uppermost, leftmost corner as soon as possible. When you do this, you will get access to some incredible useful things like the Mining Rods and Droids that will do a lot off the work for you. When you have these, you don't really have to worry about mining, picking up crafted materials and things like that any more, making it much easier to focus on exploring.


9) Don't bother with the museum early on

I very early went out of my way to fill up things in the Bundles for the Museum, but it's not worth it in the early game. All of the Bundles will require certain items that you won't be able to get until you reach end-game anyway, so you might as well put those early-game resources to good use, because you will have hundreds of thousands of them by the time you are actually able to finish the bundles anyway. So just ignore it until you have bought all the land. 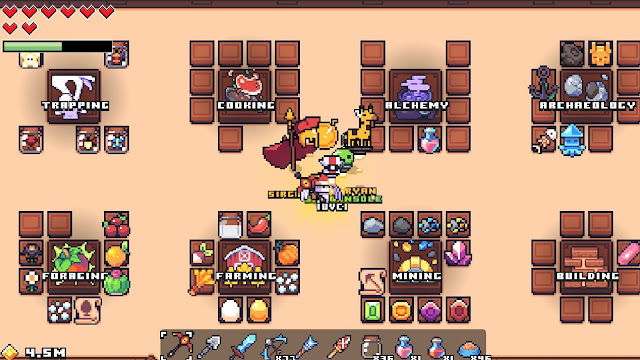