Guide to all Arathi Highlands Warfront mount drops (Including map!) (World of Warcraft)

January 27, 2019
The level 120 Warfront version of Arathi highlands is filled to the brim with rare mobs, and a lot of these drop unique items, including pets, toys, and even mounts. In this guide we are going to show you where all the rare mobs that drop mounts are, making it very easy for you to farm these on all your alts.

Each rare mob can be killed once per warfront cycle, and they reset when your faction captures the Warfront zone. This means that you have a chance to get the mounts every 2 weeks (roughly), and each rare mob has a 10 % chance to drop the mount. So the drop rate is not that terrible, especially if you got 4-5 level 120 alts already.

There are a total of 6 rare mobs that drop mounts, but two of these are faction specific, so you can only get five mounts if you only play a single faction. Anyway, below is a map of all the rare mobs that drop the mounts, and make sure to read below if you want more information about each rare mob. 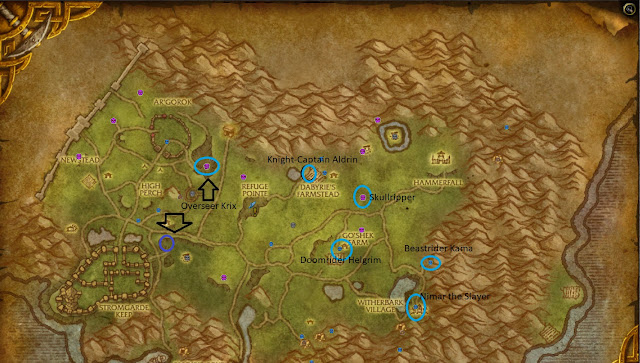 Beastrider Kama is located in Witherbark Village, and is guarded by two adds. This rare mob is pretty easily soloable, and drop the Swift Albino Raptor for either faction. 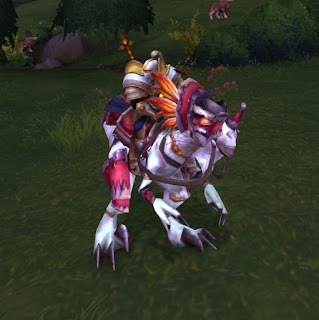 Skullripper is a big raptor that drops a mount called Skullripper (I guess he drops himself?). This is the only saddle-less raptor in the entire game, so it's a very cool mount. Skullripper requires a group of 4-5 people to kill, and it will be very difficult to kill him alone. He is found roaming around north of Go'Shek Farm.

How to find Nimar the Slayer - drops Witherbark Direwing

When the Horde controls the Warfront zone, he is located in the Alliance mines, and vice versa. He is soloable, but a bit difficult if you don't learn to dodge his attacks.

Knight-Captain Aldrin is the Horde-only rare mob that will only be avaliable when the Horde controls the Warfront zone. He is friendly towards the Alliance, so only Horde players can kill him and loot the Broken Highland Mustang he drops. This rare mob is soloable, and you can find him at Dabyrie's Farmstead.

How to find Doomrider Helgrim - drops Highland Mustang (Alliance only)

Doomrider Helgrim will only show up of the Alliance controls the Warfront zone, and likewise only Alliance members can kill him. He is located in the Go'Shek Farm, and is followed by two adds. He is soloable, and has a chance to drop the Highland Mustang. 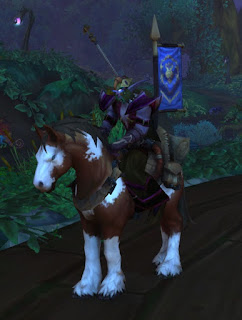