How to unlock the Lightforged Draenei Allied Race (World of Warcraft)

August 01, 2018
The Lightforged Draenei is a playable race that joins the Alliance as an Allied Race. This means that you can play as one, but you have to unlock them before this becomes an option. Unlocking them is not that difficult by itself, but the prerequisites are actually a bit of a hurdle if you didn't play much during the Legion expansion pack.

So, to unlock the Lightforged Draenei, you will need the following three things:

2) Have completed the "You Are Now Prepared!" achievement. You unlock this by doing the Argus campaign quest chain. This part should not take long on a level 120 character, but the mobs can be a bit difficult for fresh level 110 characters though. The entire quest chain will take an hour or two.

3) Be exalted with the Army of the Light faction. This faction has its base on the Vindicaar, and most of the World Quests on Argus will give reputation with this faction.

Once you have completed the three steps above, go to the Stormwind Embassy and begin the quest chain where the Lightforged Draenei joins the Alliance. The quest chain itself is pretty short, and you should be done in less than 30 minutes. Upon completing it, you will also get the Lightforged Felcrusher mount to use on any of your Alliance characters. 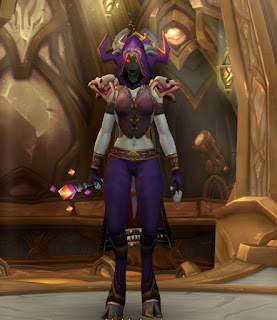