How to get the Sharkbait mount (World of Warcraft)

August 01, 2018
Sharkbait is a new Mythic dungeon mount in World of Warcraft that can drop from Harlan Sweete, the endboss of Freehold. Freehold is a new 5-man dungeon with four bosses, and the endboss will have roughly 1 % chance to drop Sharkbait's Favorite Crackers when defeated on Mythic difficulty.

Since it only drops on Mythic difficulty, you will only get one shot at this mount each week. You can do the dungeon on any key difficulty as well, but this will not improve the chances of getting the mount. 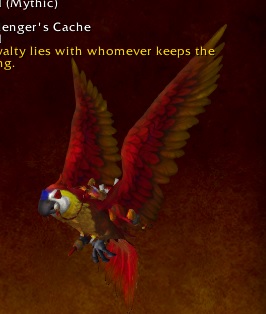 In addition to dropping from the endboss of Freehold, it can also be looted from the weekly Mythic chest called Challenger's Cache. No one knows exactly how rare it is to loot from this chest, but estimations have put it at around 1 % here as well.